Broken Leg Theatre was conceived, as most good things are, over several pints in our local pub. 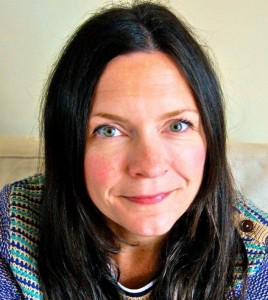 Anna co-founded Broken Leg Theatre in March 2008, and wrote and directed their debut play, Eyes Down, Pens Ready. She also directed My Second Life, co-written with Alice Trueman. Anna and Alice are the lead artists and writers of Three Generations of Women. Anna has written and directed four further plays and toured two shows with her first theatre company, Park Road Productions, established in 2004. Her plays have been performed at Greenwich Theatre, Hackney Empire, The Nightingale Theatre; and her short film screened at BFI Flare; GAZE Festival, Dublin; MIX Copenhagen; London Short Film Festival. Anna studied Theatre and Visual Practice at Brighton University, graduating in 2001, and went on to a post graduate in journalism. She has written for national websites and publications and has an award-nominated blog, You Can Take Her Home Now.  She has a daughter, Nancy, and son, Thomas. 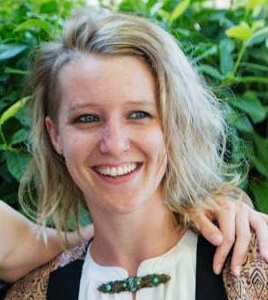 Alice Trueman is a playwright, screenwriter, film director and editor. She has an MA in Scriptwriting from Goldsmiths, University of London, and is represented by Independent Talent. Alice and Anna are the lead artists and writers of Three Generations of Women. Anna and Alice also co-wrote the company’s award-winning production My Second Life, and previous to that Alice performed in Eyes Down Pens Ready. Alice has had work produced at venues such as Greenwich Theatre, Theatre503 and the Nightingale Theatre, with short films screened at BAFTA, London Short Film Festival, Underwire Film Festival, British Shorts, Berlin and Cornwall Film Festival. Alice has previously been nominated for the Susan Smith Blackburn Award, selected by the BBC for a Continuing Drama Workshop, and won this year’s Red Rock Entertainment Short Film Competition to direct her short, Jas, later this year. 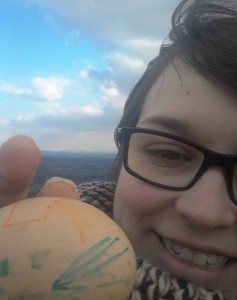 Beccy is currently working extensively with Broken Leg Theatre on the tour Three Generations of Women in Autumn 2015. She is an experienced producer and dramaturg who specialises in developing original and contemporary visual theatre for and with new audiences, and in work for children and young people. Career highlights so far include: developing and producing Brighton sell-out new puppetry night, Punched; being shortlisted for a Total Theatre award for Innovation for large scale installation show Reykjavik and the twice nationally touring Heartbreak Soup. Beccy has also run her own contemporary puppetry and visual theatre company, TouchedTheatre since 2009, making work that combines participation with innovative dramaturgies of visual theatre to create inventive work that’s genuinely meaningful to audiences.

Broken Leg Theatre are proud to be working with a brilliant, all-female company on their current production, Three Generations of Women, by Anna Jefferson and Alice Trueman, and produced by Beccy Smith. 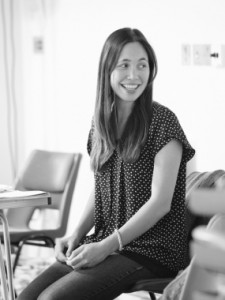 Ria is Joint Artistic Director of Iron Shoes, an alumni Associate Company at the Bush Theatre.

For Iron Shoes, Ria directed the sell-out UK national tour of the critically acclaimed Mad About The Boy by Gbolahan Obisesan, and the Scotsman Fringe First award-winning Crush by Paul Charlton. She was awarded the Leverhulme Bursary for Emerging Directors in 2010, becoming Resident Director at the National Theatre Studio. 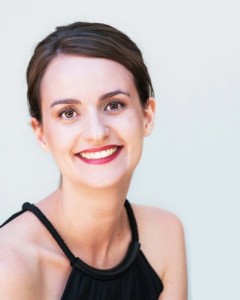 Simone Romaniuk is a set, costume and production designer, working across theatre, opera, and festival events in the UK and Australia. Theatre and opera designs include productions for Queensland Theatre Company, Sydney Theatre Company, Pacific Opera and Opera Queensland. She is festival designer for Adelaide Festival Centre’s OzAsia Festival. 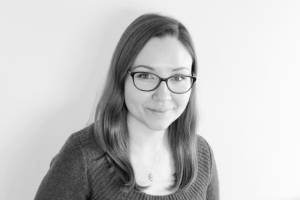 Since graduating from Queen Margaret University Edinburgh, Lorna has worked extensively in Stage Management with many of the countries major Thestre companies. Her work includes, Future Conditional and Clarence Darrow at the Old Vic Theatre.  Our Teacher’s a Troll, Lungs and The Initiate for Paines Plough. Julius Caesar, Philadelphia Here I Come! Salt, Root & Roe and Don Juan in Soho at Donmar Warehouse; The Beloved, Our New Girl and My Romantic History at The Bush Theatre; Krapp’s Last Tape and Spoonface Steinberg at Hull Truck; Pentabus’ production of For Once at Hampstead Theatre; Mother Goose at the Gatehouse in Stafford, Canterbury Tales, Othello, Lisa’s Sex Strike, War of the Roses for Northern Broadsides, Mother Goose at Greenwich Theatre, High School Musical for Stage Entertainment; Feeble Minds for Spare Tyre Theatre Company, Familyman at Theatre Royal, Stratford East, Jane Eyre and Kindertransport for Shared Experience, Ubo the King and The Graduate for Dundee Rep Theatre; Around the world in 80 days, The Mentalists, Private Lives, Robin Hood, Matthew Miller, Habeas Corpus, Two Gents of Verona, Cinderella, Dick Whittington, The Lady Killers and The Comedy of Errors, Jack and the Beanstalk, Dancing at Lughnasa at Exeter Northcott; The Importance of Being Earnest at The Royal Exchange in Manchester.

Anastasia works mainly in theatre as a writer and director. She is currently creative associate at the Gate Theatre and Resident Assistant Director at the Finborough Theatre having won the Richard Carne Trust Award. Anastasia trained through the Young Vic Directors Programme.

Laura Sedgwick recently graduated with a degree in History. She is now looking to pursue a career in theatre production, focusing primarily on new writing. In 2014 she produced a piece of new writing at the Edinburgh Fringe and in September 2015 she tour managed a production of The Taming of the Shrew  which performed across the USA. Most recently she has co-founded a new scratch night for playwrights, Drift Shop, and is co-producing The Non-Stop Connolly Show at the Finborough Theatre. 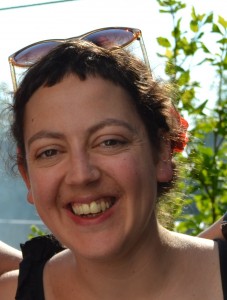 Emily co-founded Broken Leg Theatre in March 2008 and worked on the company’s debut play, Eyes Down, Pens Ready, and the award-winning My Second Life. Emily began working in theatre in 1995 when she undertook a voluntary placement at the National Theatre of Namibia. She returned to the UK to work as a dresser and in the box office at Theatre Royal Bath. Following a break to study Emily began working at Cambridge Arts Theatre where she stayed for over 5 years in a management capacity. Emily currently works at South East Dance.