Jon Snow on the Being A Man festival

Jon Snow: ‘I am in touch with my feminine side’ 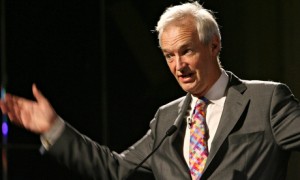 As someone who would rather talk about art than Arsenal, the journalist and newscaster mulls over what it means to be a man these days.

As a man about to take part in the Southbank Centre’s first ever Being a Man festival, I have been thinking a lot recently about what ‘being a man’ actually means. In discussing the subject with a few women and, admittedly, fewer men, I have found, perhaps unsurprisingly, that it is not the sort of thing we really feel comfortable talking about.

In the course of my research, I spoke to a psychiatrist friend, who talked about dividing men and women into male and female portions. Some men are male/male; some are female/male or male/female – the dominant gender attribute coming first. We both agreed we are each female/male. My wife, he asserted, is male/female – she didn’t disagree, and nor did I. He went on to argue that men who are female/male tend not to get on well with similarly gendered female/male women. In other words, like poles repel.

Now you may argue that this is all nonsense, but the more I think about it, and apply it to myself and others, the more I find myself agreeing with the analysis.