Radio 1 celebrates International Women’s Day – but why at night? 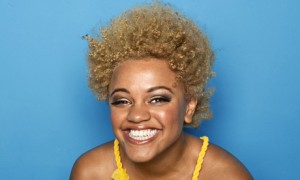 The BBC music station’s decision to host an all-female lineup of DJs is to be praised. But couldn’t they have been given the whole day – instead of two nighttime slots?

International Women’s Day, long associated with do-gooders and suffragettes in the UK, is to be celebrated this year by Radio 1, the BBC music station that targets young people, with an all-female lineup of DJs. Hurrah.

The decision, which definitely deserves a warm welcome, does raise one question though: is International Women Two Nights in a Row a better-sounding name than fusty old International Women’s Day to young people? The DJs, which include doyennes such as Annie Nightingale and rising stars such as Gemma Cairney, will broadcast in the 7pm to 7am “specialist” slot on the weekend nights of 7 and 8 March, rather than in one 24-hour celebration on the Saturday. Were they not allowed out during the day?