Should we be teaching feminism in primary schools? 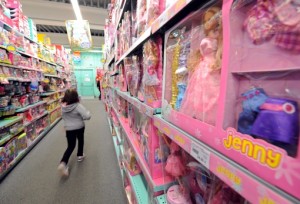 Our children’s education is reinforcing the idea that it is natural for women and girls to be decorative, whereas men and boys are the active ones. Do we want them to be learning blind faith in gender stereotypes?

For me it all started when my son decided to teach me a song he’d learned at school.

“It’s called ‘Jesus Is My Superhero’ and it’s even got special actions!”

All of which sounded promising, so I settled down on the sofa to watch.

According to Jesus Is My Superhero, the Son of God is vastly superior to a number of twentieth-century cartoon creations. He’s better than Superman, better than Spiderman, better than Batman – you get the idea. I was enjoying the performance but did soon start to get that niggling feeling you often get when you’re a feminist parent – are there any women here? Is there going to be a female superhero? Wonder Woman? She-Ra?  Would Penelope Pitstop count?