The fourth wave of feminism: meet the rebel women 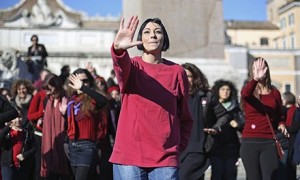 The campaign for women’s liberation never went away, but this year a new swell built up and broke through. Since the early summer, I’ve been talking to feminist activists and writers for a short book, All The Rebel Women, and as I tried to keep up with the protests, marches and talks, my diary became a mess of clashing dates. The rush was such that in a single weekend in October, you could have attended a feminist freshers’ fair in London, the North East Feminist Gathering in Newcastle, a Reclaim the Night march in Edinburgh, or a discussion between different generations of feminist activists at the British Library (this sold out in 48 hours, was moved to a room four times bigger, and sold out again).