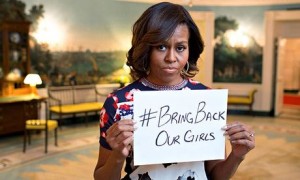 Many people have asked why the British media has taken so long to report with any prominence the plight of the 276 schoolgirls who were taken at gunpoint from their boarding school in Chibok, Borno state, on 14 April. A lot of the people who asked did so because they believed they knew the answer.