Wimbledon exposed the sexism women face – as players and girlfriends 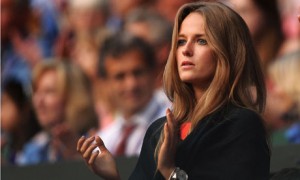 Sexist witterings by commentators and the media attention given to male tennis players’ girlfriends shows feminism still has a long struggle ahead.

While Andy Murray may have rewritten the enduring British sports narrative of noble failures and humiliating disappointment in the space of three hours last Sunday, some things, it seems, will take longer than 77 years to change.